So, life isn’t easier, like I thought it would be at this point in my life. I had to leave my job at Plum Creek because I got hurt and I can’t lift what I used to be able to. Means I’ve had to take my job at Teletech back up, which isn’t as bad as young me thought it was. I’m also starting another job soon, I barely make enough to pay the bills I acquired while I had a great paying job. People say life has lots of ups and downs, and this time of year isn’t easy for anyone, especially when you are starting the year without someone you always thought would be there.

Unlike the passed few years, I haven’t made up my mind about what my resolutions are this year. I feel like I always just proclaim my dreams for the upcoming year, but in my attempt to achieve them, I fail miserably. I guess that is just what resolutions are though. Though, to recap 2015, it hasn’t been all bad. I’m starting a new year one organ short, 3 more inches of hair, and (after much bothering him about him agreeing to let me talk about him here) in love.

He isn’t a new addition to my life, we’ve known each other for years. We’ve been together for a little over a year now. Both of us weren’t expecting the other to show up in our lives again. At least how I see it. Drunk me decided that he’d be a good person to text one night after discussing with my mother my passed relationship and who she actually liked (this topic is not open for further discussion now). So, I sent him a drunk facebook message. And he’s been in my life ever since. For two awkward, proud, and stubborn people we are quite hilarious together. Just this morning I asked him if I should wear a ponytail or a braid. I actually phrased it as “Should I Lara Croft it today?” while holding my hair back, and he said yes. I asked him if he had had a problem with the braid. He said it made me look to Nordic. My response was “We’ll, that’s my heritage.” and he responded “It’s so nordic, it’s like you have an Ikea sofa on your head.” It made me laugh. Which is good. Because I feel like laughter has been missing from my life from a very long time. He tries to bring more fun into my life, says I don’t have enough of it. I’ve replaced laughter and fun with stress and anxiety (they were always there, but they’ve developed to the point of independent space travel if I were to let them venture forth). I will admit, that sometimes I get mad at him. I’m sure at least once he has been mad at me. Like when he laughed at me for crying during The Hobbit: Battle of Five Armies, I told him before hand that it was going to happen and then called him out for being an asshole afterwards. Or… when the angel/doll thing in Krampus came alive. He giggled at me for it, he thinks my fear is silly. I can see where it is silly for him, but it doesn’t make it any less scary. Haha.

He is never afraid to be blunt with me, or honest. I didn’t know how much that meant to me, until it was right in front of me. I know that if I ask him a question, he is going to be direct with his answer. He has tried beating around the bush before, but he is TERRIBLE at it. He brings out the strong and confident person that I am, knows that I can fight my own battles and that sometimes I need help and knows that I won’t always ask for it. He makes me feel smart and has proved me wrong on occasion (AS I HAVE HIM. Alligators and Crocodiles DO NOT give live birth. I WAS RIGHT.) He has brought out things in me that I didn’t know were there. I’ve found a liking to programming and electrical engineering. He has introduced me to new shows that (surprisingly) I like; and new games that I have found enjoyment in. We aren’t perfect, and I never expect us to be, that would be boring. Our imperfectness is one of the many things that I love about him. 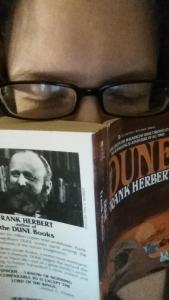 My book challenge did not go as expected. I have read a total of… ZERO books through. I should have planned this better. I’ve started SO many of them, but I haven’t finished any of them. I did take a nice mental health holiday to the coast. Not sure anymore if I’ve spoken about that in past posts. But it was nice to get away from everything. It was a solo trip to Portland, Ore. and Seaside, Ore. I walked the beach every morning, found a FULL sand dollar (FYI: sand dollars have a lot of meaning for me. I had a teacher in high school who gave me three sand dollars for christmas one year, and for some reason, I felt that they meant something special. I found that one on the beach, and I wrote over 15,000 words in a week), saved a crab from a seagull, pronounced myself “Lord of the Crustaceans”, and at certain points, I would just scream at the ocean. 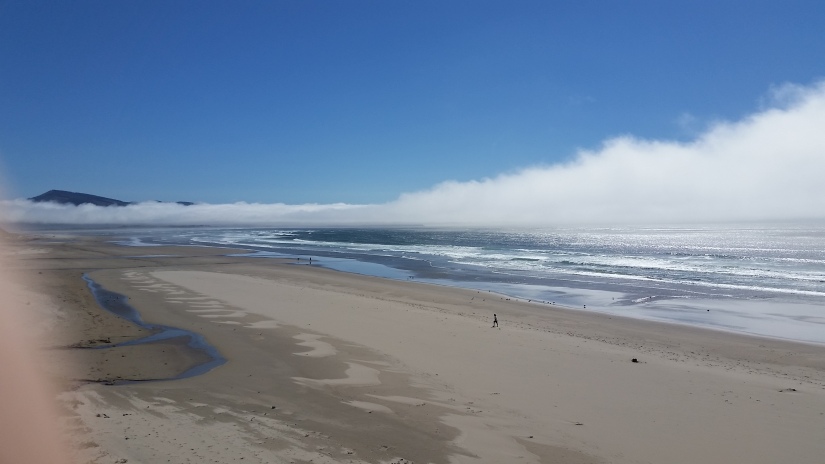 A huge and purely natural force that I braced myself against and screamed at. Heels dug into the sand and salty wind whipping through my hair and I screamed at the top of my lungs everything I couldn’t stand about my life. And then the wake would go out… and somehow, for a moment it was like the ocean was willing to take that from me and store it away in the depths of itself to help free me from it. But then the ocean would come back and I’d shout at it again. Which is way more poetic that I planned on being about it.

If I can’t get enough money together to go back to school, I’m buying a one way ticket somewhere and I’ll figure it out from there. It’s the constant feeling that I’m wasting my life, that I need to be somewhere else. But I guess a lot of people feel that way and there isn’t anything special about the way I feel.

Anyway, for everyone out there, have a great 2016. Yours may not be filling with awkward conversations, prozac, and cheap beer; but I trust it’ll be an adventure for us all. 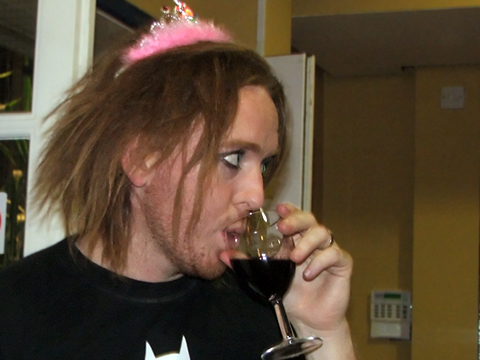