So, as many  of you know, I love horror movies. And as I struggle to come up with things to talk about on this blog (and it turn justify paying for it) I figured I would share with ya’ll my  favorite Japanese horror movies. Now, as a disclosure, I’m not saying these are the best or most well made movies out there. I’m saying I watched them, I liked them, and have/will watch them again. The list isn’t in any particular order,just my favorites! I’ve also not gained any sort of profit from companies for talking about these movies (that would be really super cool though because watching movies for a living in legit my life dream). If you disagree with my list, that is fine. I’m not writing it to persuade you to have all of these become your favorite, just what I enjoy and things ya’ll might like. Let’s get this party started!

I do wanna say that this post is dedicated to the late Isao Yatsu, he appears in more J-horror than the average person watches and the genre will never be the same without him, even if his roles were always small. Just something about him made the movies better. 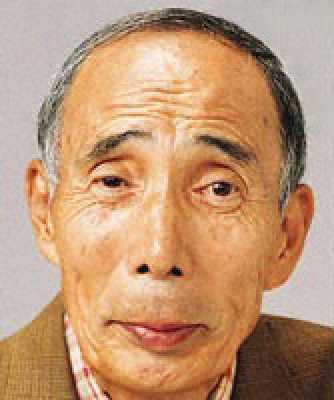 I’m sure most of you have seen or heard of these, but they still give me nightmares. The original Japanese version is based off of novels by the same name, Ju-on. The Grudge is the American version staring Sarah Michelle Gellar, Jason Behr, and Clea DuVall. There are some other rather large name actors in this one, but one casting decision that I really like in that the use Takako Fuji and Yuya Ozeki in both movies (Takashi Matsuyama is also in both movies BUT, he doesn’t haunt my dreams. Takako does hand the role of Kayako over to Aiko Horiuchi in The Grudge 3 and to Misaki Saisho in Beginning of the End; but it was her decision).

They also take different paths, the movies. The American version starts with Gellar living in Japan and visiting a sick woman in the super haunted house, everyone is being haunted, and everyone dies. Although the Japanese version starts in a similar fashion, there are mutiple off shoots of what happens in the films. At one point, it’s even a different house. If you want to watch them in the order they were made (as explain all the different points of each movie would take forever and I want you watching movies, not reading plots) the timelines goes: Ju-on: The Curse, Ju-on: The Curse Two, Ju-on: The Grudge, Ju-on: The Grudge Two, Ju-on: White Ghost, Ju-on: Black Ghost, Ju-on: The Beginning of the End, Ju-on: The Final Curse, and finally but not least, Sadako v. Kayako. The only one I haven’t seen is Sadako v. Kayako; the reason being that my Japanese isn’t that great yet and I can’t find a version with English subs… yet. The Curse and The Grudge are two separate things, as are White Ghost and Black Ghost. But if you want a fun weekend I recommend ALL of them; they explore a lot about the story of Kayako.

I know she isn’t real, but if I turn my back to a darkened hall way, leave my closet open at night, or the light turns off in the bathroom(auto-timers kinda suck); she is the first thing to pop into my head and my immediate reaction is to get out.

For a lot of people (from who I’ve talked to, no real research went into this), The Ring was a lot of people’s first J-horror movie. I remember discussing this on the bus in grade 6. It was one of the first released in the states. As with The Grudge/Ju-on movies Ringu and The Ring start out quite similar in story line. With this one I prefer Ringu myself. In the American version I feel that there is to much emotional commitment between the characters and it hurts the effect of terror. You feel sorry for Samara (Sadako) instead of fear, and I don’t think that’s a good method to try to use in that kind of horror movie. There are sequels to Ringu and The Ring; The Ring’s more based on the emotional need of the ghost and her killing to get what she wants. Ringu two is more about outrunning Sadako, protection Yoichi, and staying alive.

I also enjoyed the Ringu 0: Birthday prequel to Ringu. It describes Sadako as a college student and what led her to be a vengeance murder beast.  It doesn’t quite fit with the Ringu/Ringu 2 style of haunted video tape, but it goes more into Sadako and why she does what she does. That’s one thing I like about Japanese horror, it takes the time to develop their ghosts, but not in a way where we feel sorry for them. Just so that we understand them.

One of my favorite parts in Ringu is the very first scene, which was borrowed by The Grudge during it’s final scene. Watch it and find out

Alright, another movie with an American counterpart. This one is apart of a trilogy, but as with most trilogies, the second movie isn’t really the same as the first, and the third is WAY off. However the first movie runs really well. Yumi’s (who owns a creepy cuddle pillow) friend receives a call from her own cell phone number and the voice mail left is of her last moments alive before something kills her. This continues to escalate and it’s up to Yumi to figure out what is happening to everyone. The movie touches on topics such as abuse, which is an overlying theme of the whole movie. A lot of people say they don’t like/don’t understand the ending, but I’m not gonna talk about it because I don’t want to spoil it. Because I think it is a little silly, but it returns to a theme that is mentioned earlier on which I can appreciate in film.

Just like all the rest so far, the American version starts there and takes a turn for not better (I wouldn’t say worst, because it definitely could have been worse). Similar to The Ring, the first American version of the film takes the best parts of the first two original films pastes them together and then tries to salvage a second movie out of it. Thankfully they didn’t get to make a second one for American audiences. If you prefer the American version then please, by all means, watch it. It’s just not my cup of tea. I like to have people watch as many horror movies as they can manage.

There are many more movies that I’m going to mention that have American remakes, but I’m not going to get into the remakes as much. I’m sure if you want the American version, you will watch it, but this is about J-horror!

This movie is older, but is only dated by the technology. It’s about technology too. The movie follows two different groups of people. The first group compraised ofMichi, Junko, Yabe and Taguchi and the second, Ryosuke and Harue. Michi works at a plant shop and when Taguchi stops showing up for work she goes to his apartment where he promptly kills himself. Ryosuke begins his story by signing up for the Internet with a CD and a manual (like I said the movie is dated and as soon as he is connected to the internet is shows him a lot of different people, sitting in dark roooms, acting strangely. Now days, we call that Chatroulette, but in the movie it spread ghosts between users which resulted in the user committing suicide.

I like this movie for a few reasons. It explores technology in dark way, hinting that it leads to an apocalyptic sort of future. Maybe we are headed in that direction… slowly? Who knows. I like that the characters are constantly looking for hope in a dying world. They look out for each other, even when people throw themselves from tall buildings. The red tape in this movie seems to serve a different purpose than in the American version. In this one it seems like the red tape is to keep things in, whereas the tape in the American version is meant to strictly keep things out.

If you want to second guess your webcam and turn your monitor away while your not using it because you’re afraid. I recommend this film.

This movie is based on an urban legend from the Edo period about a woman who covers her face with a scarf, fan, or mask and goes about asking people if she pretty. If the person answers yes, she removes her covering which reveals a huge gash across her mouth. She asks again and if the person screams or says no, she kills them. If they say yes, she lets them go, only to kill them later on that night in their home. So that’s a fun person to party with. In the movie she is depicted as a woman wearing a beige coat and mask and she carries a giant pair of shears. She kidnaps children and hides them away, while a couple of school teachers investigate and try to find the children.

I think this movie does really well because the majority of it is shot during the day. There are hardly shadows for the ghost to hide in. And that lends an element of realism to the story, as to say that abductions can happen at any time; even by ghosts.

Carved  does have a prequel/sequel that came out after the first movie called Carved 2: The Scissors Massacre. It’s the story of a girl who gets acid thrown on her face after an old lover of her sister’s gets jealous after the sister’s wedding. That story is more about her descent into madness and her taking revenge on unforgiving classmates. Also a good watch.

I’ve listen 5 movies here that I think you’ll love this upcoming Halloween, hey you could even start early, there are enough prequels and sequels to get you started. A lot of these moves are available on sites like youtube.com, 123movies.to, or netflix. Happy watching and stay scared!